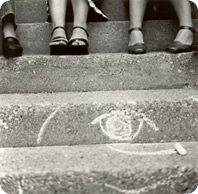 The goal of ParentAdvocates.org
is to put tax dollar expenditures and other monies used or spent by our federal, state and/or city governments before your eyes and in your hands.

Through our website, you can learn your rights as a taxpayer and parent as well as to which programs, monies and more you may be entitled...and why you may not be able to exercise these rights.

Add a link from your website to ParentAdvocates.org Â» Who We Are Â»
Betsy Combier

Help Us to Continue to Help Others Â»
Email: betsy.combier@gmail.com

The E-Accountability Foundation announces the

'A for Accountability' Award

to those who are willing to whistleblow unjust, misleading, or false actions and claims of the politico-educational complex in order to bring about educational reform in favor of children of all races, intellectual ability and economic status. They ask questions that need to be asked, such as "where is the money?" and "Why does it have to be this way?" and they never give up. These people have withstood adversity and have held those who seem not to believe in honesty, integrity and compassion accountable for their actions. The winners of our "A" work to expose wrong-doing not for themselves, but for others - total strangers - for the "Greater Good"of the community and, by their actions, exemplify courage and self-less passion. They are parent advocates. We salute you.

The E-Accountability Foundation announces the

Fraud comes in many shapes and sizes, and we often do not recognize it or the trickster until the consequences of the deceit begin to hurt us or those we love, know, or hear about in the media. Fraudulent actions are always costly, however, and we must remain vigilant in the global effort to stop these practices whenever and wherever they occur. We celebrate the exposure of those people who greedily go after money or glory rather than work hard for a fair wage in a moral and ethical manner by giving them an "F".

Special Education
Parentadvocates' Resources For Special Education Advocacy
An Introduction to Developing the IEP: FAQs on the Process of Obtaining the Best Individualized Education Program For Your Child
A Day in the Life of a Parent of a Child With Autism
Separating Fact From Fiction in Special Education Reform
General Education
Booker T. Washington Middle School 54, Grievance Brings Retaliation
Education Policy Becomes a Matter of National Security
Bloomberg's Secret Government is Unknown Even to Him
Editorial: Is Francesco Portelos a Danger to Tenure Law? by Betsy Combier
E-Lawlinks
Parents of Audrey, a Child With Special Needs, Sue Illinois School District 7 and Two Law Firms For Denial of FAPE
Personal Injury Statutes of Limitations: A Legal Guide
Parentadvocates.org Files Amicus Curiae Brief in Support of Jacob Winkelman v Parma City School District
Can We Tape? And, a Legal Website Directory
Corruption
Without a Prayer For Relief: The NY State Supreme Court is Bought By Guide One Insurance Company and a Church, Madison Avenue Presbyterian
Editorial: The New York City Department of Education is a Sham and Mike Bloomberg is the Flim-Flam Man
How The New York City "Gotcha Squad" Gets Tenured Teachers Declared "Incompetent", and Placed in a Rubber Room by Betsy Combier
RICO in the New York State Unified Court System: How the Courts Steal Your Property, Your Children, and Try To Destroy Your Life...And How You Can Stop Them